Media meets with NASA’s Mars 2020 Rover and Builders, Members of the media walked the clean-room floor at NASA’s Jet Propulsion Laboratory in Pasadena, California, on Dec. 27 to glimpse the agency’s Mars 2020 rover and speak with experts working on the mission.

It was the media’s only opportunity to see the rover from inside the clean room prior to its shipment to Cape Canaveral in February. NASA’s Mars 2020 Rover and Builders.

“It was a great opportunity for the media not only to see our work close up, but to meet some of the women and men who have dedicated several years of their careers ensuring this next Mars rover lives up to the legacy of those that were built here before it,” said David Gruel, the Mars 2020 assembly, test and launch operations manager at JPL. 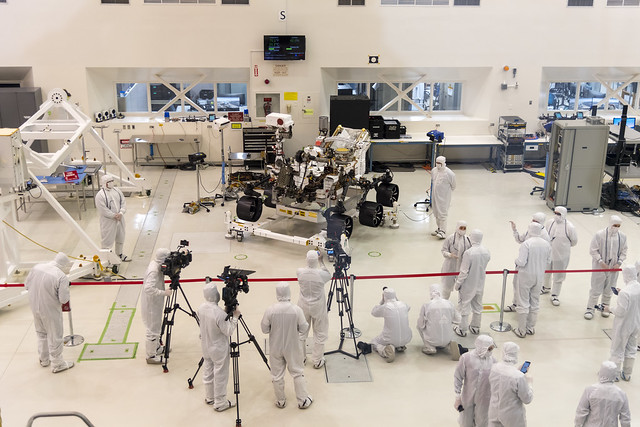 The clean room, also known as the Spacecraft Assembly Facility’s High Bay 1, is where all four of NASA’s Mars rovers were constructed: the microwave-oven-sized Sojourner, which landed in 1997; the golf-cart-sized Mars Exploration Rovers Spirit and Opportunity, which landed in 2004; and Curiosity rover, about the size of a Mini Cooper, which has been exploring the Red Planet’s Mount Sharp region since 2012. 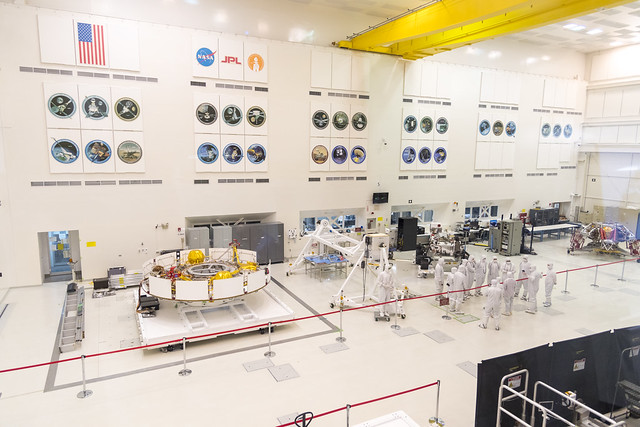 Scheduled to launch in July or August 2020, the Mars 2020 rover will land in Jezero Crater on Feb. 18, 2021. There it will search for signs of past microbial life, characterize Mars’ climate and geology, collect samples for future return to Earth and pave the way for human exploration of the Red Planet. 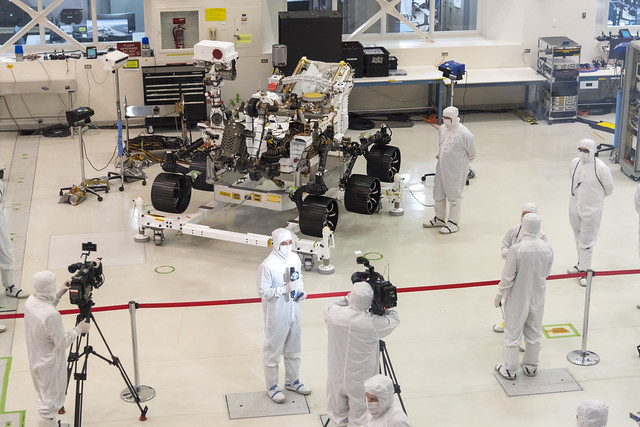 Both to ensure that as few Earthly microbes as possible hitch a ride to Mars and to keep out particles that could interfere with the rover’s operations, High Bay 1 comes with strict cleanliness standards: Anyone entering the clean room, whether a technician or a journalist, must wear a “bunny suit,” booties, a hair cover, a face mask and latex gloves. Because notepads and writing implements could shed dust and other particles, specially-approved paper and pens were provided to visiting media members on request. 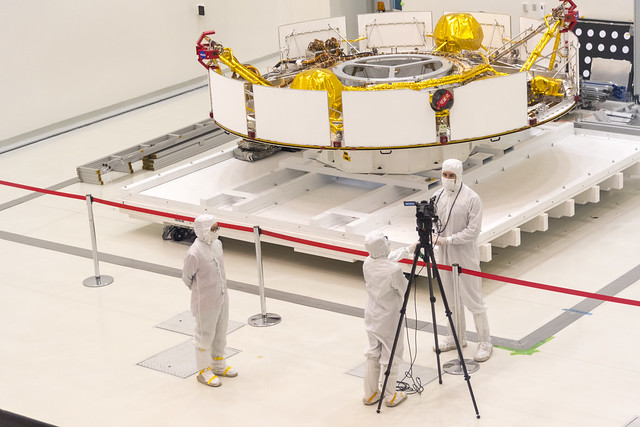 In the coming weeks, engineers and technicians will pack the 2020 rover into a specially-designed container. After it arrives at the Cape, Mars 2020 will undergo final processing and testing before launch. 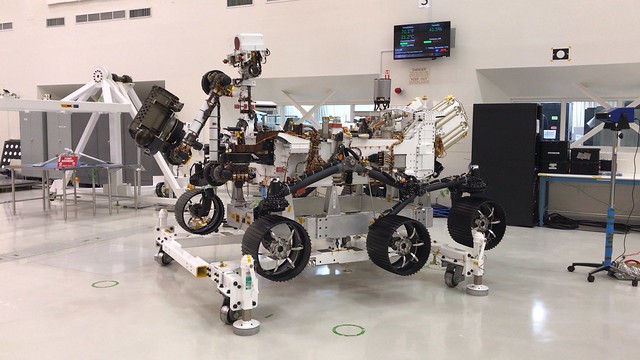 JPL built and will manage operations of the Mars 2020 rover for NASA. NASA’s Launch Services Program, based at the agency’s Kennedy Space Center in Florida, is responsible for launch management. 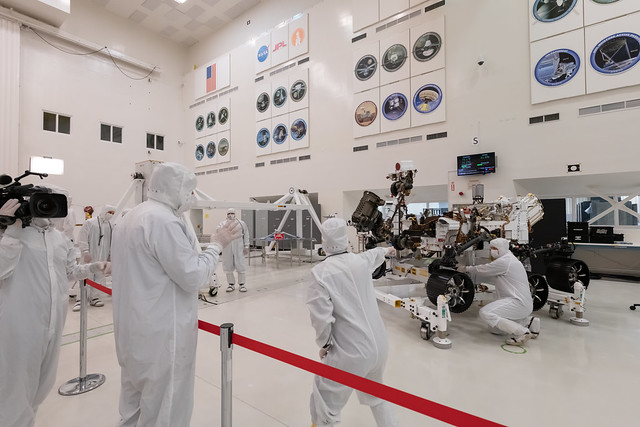 Designing A Mars Rover To Launch In 2020
The Mars 2020 rover is based on the Mars Science Laboratory’s Curiosity rover configuration. It is car-sized, about 10 feet long (not including the arm), 9 feet wide, and 7 feet tall (about 3 meters long, 2.7 meters wide, and 2.2 meters tall). But at 2,314 pounds (1,050 kilograms), it weighs less than a compact car.In some sense, the rover parts are similar to what any living creature would need to keep it “alive” and able to explore.