A new study from the University of Michigan, Lawrence Berkeley National Laboratory (Berkeley Lab) and University of California, Berkeley has ruled out dark matter being responsible for mysterious electromagnetic signals previously observed from nearby galaxies. Prior to this work there were high hopes that these signals would give physicists hard evidence to help identify dark matter.

Dark matter can’t be observed directly because it does not absorb, reflect or emit light, but researchers know it exists because of the effect it has on other matter. We need dark matter to explain gravitational forces that hold galaxies together, for example.

Physicists have suggested dark matter is a closely related cousin of the neutrino, called the sterile neutrino. Neutrinos—subatomic particles with no charge and which rarely interact with matter—are released during nuclear reactions taking place inside the sun. They have a tiny amount of mass, but this mass isn’t explained by the Standard Model of Particle Physics. Physicists suggest that the sterile neutrino, a hypothetical particle, could account for this mass and also be dark matter. 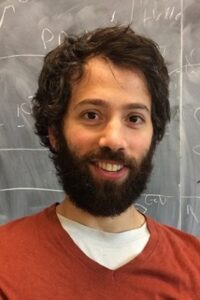 In 2014, a seminal work discovered excess X-ray emission from nearby galaxies and galaxy clusters. The emission appeared to be consistent with that which would arise from decaying sterile neutrino dark matter, Safdi said.

Now, a meta analysis of raw data taken by the XMM-Newton space X-ray telescope of objects in the Milky Way over a period of 20 years has found no evidence that the sterile neutrino is what comprises dark matter. The research team includes U-M doctoral student Christopher Dessert and Nicholas Rodd, a physicist with the Berkley Lab theory group and the Berkley Center for Theoretical Physics. Their results are published in the journal Science. 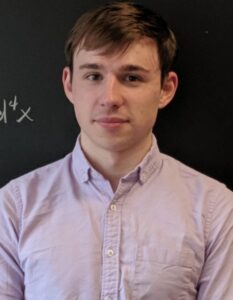 “This 2014 paper and follow-up works confirmed the signal generated a significant amount of interest in the astrophysics and particle physics communities because of the possibility of knowing, for the first time, precisely what dark matter is at a microscopic level,” Safdi said. “Our finding does not mean that the dark matter is not a sterile neutrino, but it means that—contrary to what was claimed in 2014—there is no experimental evidence to-date that points towards its existence.”

Space-based X-ray telescopes such as the XMM-Newton telescope, point at dark-matter-rich environments to search for this faint electromagnetic radiation in the form of X-ray signals. The 2014 discovery named the X-ray emission the “3.5 keV line”—keV stands for kilo-electronvolts—because of where the signal appeared on X-ray detectors.

The research team searched for this line in our own Milky Way using 20 years of archival data taken by the XMM-Newton space X-ray telescope. Physicists know dark matter collects around galaxies, so when previous analyses looked at nearby galaxies and galaxy clusters, each of those images would have captured some column of the Milky Way dark matter halo.

The team used those images to look at the “darkest” part of the Milky Way. This significantly improved the sensitivity of previous analyses looking for sterile neutrino dark matter, Safdi said.

“Everywhere we look, there should be some flux of dark matter from the Milky Way halo,” said the Berkeley Lab’s Rodd, because 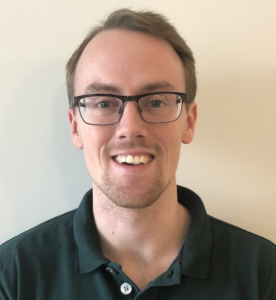 of our solar system’s location in the galaxy. “We exploited the fact that we live in a halo of dark matter” in the study.

Christopher Dessert, a study co-author who is a physics researcher and Ph.D. student at U-M, said galaxy clusters where the 3.5 keV line have been observed also have large background signals, which serve as noise in observations and can make it difficult to pinpoint specific signals that may be associated with dark matter.

“The reason why we’re looking through the galactic dark matter halo of our Milky Way galaxy is that the background is much lower,” Dessert said.

For example, XMM-Newton has taken images of isolated objects like individual stars in the Milky Way. The researchers took these images and masked the objects of original interest, leaving pristine and dark environments in which to search for the glow of dark matter decay. Combining 20 years of such observations allowed for a probe of sterile neutrino dark matter to unprecedented levels.

If sterile neutrinos were dark matter, and if their decay led to an emission of the 3.5 keV line, Safdi and his fellow researchers should have observed that line in their analysis. But they found no evidence for sterile neutrino dark matter.

“While this work does, unfortunately, throw cold water on what looked like what might have been the first evidence for the microscopic nature of dark matter, it does open up a whole new approach to looking for dark matter which could lead to a discovery in the near future,” Safdi said.

The study was published in University of Michigan